126,000 Floridians were just added to the First Landowners Project!

For the first time ANYWHERE, Florida land patents have been mapped on a massive scale, and together with 20 other states, form a SINGLE MAP containing over 8.8 Million original U.S. landowners!

Nowhere else can historical and genealogical researchers of U.S. migration and frontier settlement learn so much in such a short period of time, and for such a small investment.

Want to quickly check-out a complete list of counties from the 21 states covered by this enormous map? Just check out this 57-page PDF document which contains a detailed explanation of the First Landowners Project and a county-by-county listing with totals of people and parcels mapped. Check here for subscription plans.

You can see where the Florida landowners are concentrated on the map below. 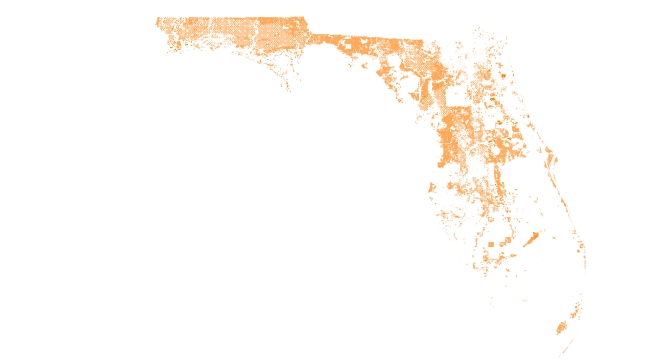